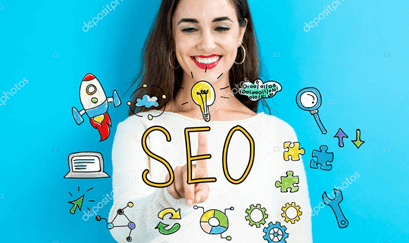 The Rise to Power of Social Media

Social Media shows no sign of slowing down in fact the internet and internet access is growing every year in double digit percentage points and this is transforming the world quite rapidly but it all started with Myspace. If we look at the evolution of my space and how that social network transformed how we connect as humans we should be able to plot the next 20 to 30 years of human social development and trends.

We seem to have entered a phase of the personal brand, we are all aspiring to be the best that we can be and gain as many followers on the various social platforms like twitter, Facebook and Instagram. Individuals are becoming brands and the more memorable the better. Instagram stories allows us to peer into the private world of strangers and judge them with their permission because today it is more important to be real than perfect.

Large corporations are following suite realizing that it’s more important to show yourself rather than hiding in the shadows of a corporate cloak pulling all of the strings “Saltbae” takes us in the kitchen of his famous restaurant and lets us see his meat as he spanks it and gingerly rubs it down with gentle caresses before throwing it to the fire. This is the new normal, we don’t want to see how the cow is killed but everything else is theatre and we all would love to eat there. Social media has become the new word of mouth, its no longer how many stars a restaurant has but how many followers. While there are still such things as fake news and malicious rumors (We suffered that nightmare) folks are getting pretty good at figuring out what is true from what isn’t and if you ever heard of a twitter storm (poor Bow Bow) let’s just say the internet today is keeping us honest.

The interesting thing about social media today is that it is connecting the human consciousness like never before. The tragedy just last week in Manchester after the Ariana Grande concert where 19 people died and 50 were injured we saw the entire world react together in unicen. Social media has given the masses power like we have never had before and this is just the beginning, soon enough individuals will be able to pool their resources and take steps to solve any problems we see need fixing. Zuck spoke about a lot of this in his commencement speech at Harvard this week. But let’s go back to where it all started with Myspace. Source Wikipedia

Myspace is a social networking website offering an interactive, user-submitted network of friends, personal profiles, blogs, groups, photos, music, and videos. It is headquartered in Beverly Hills, California. Myspace was acquired by News Corporation in July 2005 for $580 million. From 2005 to 2008, Myspace was the largest social networking site in the world, and in June 2006 surpassed Google as the most visited website in the United States. In April 2008, Myspace was overtaken by Facebook in the number of unique worldwide visitors, and was surpassed in the number of unique U.S. visitors in May 2009, though Myspace generated $800 million in revenue during the 2008 fiscal year. Since then, the number of Myspace users has declined steadily in spite of several redesigns. As of March 2017, Myspace was ranked 3,178 by total Web traffic, and 1,650 In the United States.