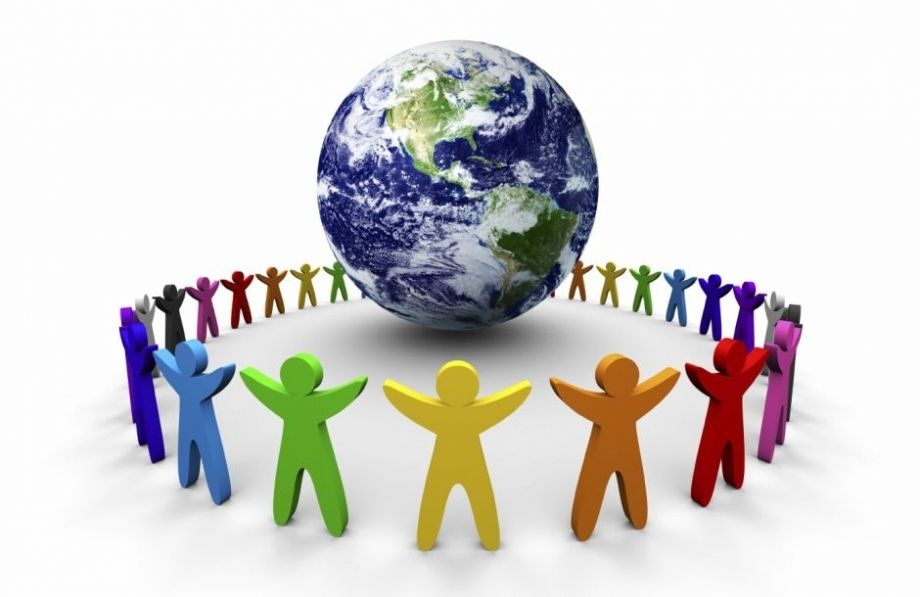 Unless you have been living in a bunker prior to 2020 there is no doubt that the Corona virus COVID-19 pandemic has affected your life one way or another. We thought it would be appropriate to try to find some hope in this terrible time.
Many are throwing around the term back to normal while others are seeing an opportunity to address many social, mental health, obesity, and environmental issues which combined have caused huge crisis to our health and our planet. Two things are certain, one is that we will have to rebuild starting from scratch and the other certainty is we can decide how to rebuild.

It can be argued that revamping our social equality, mental health, climate change and carbon footprint might have been financially costly. Today, if we globally prioritize these key issues during our rebuild, we will know doubt emerge from this crisis a stronger, kinder, more sustainable and much more capable global society.
In order for us to defeat this disaster and many more like it in the future we must come together in a united effort globally. This blog aims to focus on one aspect of the global pre-Corona crisis which is Climate Change.

A carbon footprint is historically defined as the total greenhouse gas (GHG) emissions caused by an individual, event, organization, or product, expressed as carbon dioxide equivalent. Greenhouse gases, including the carbon-containing gases carbon dioxide and methane, can be emitted through the burning of fossil fuels, land clearance and the production and consumption of food, manufactured goods, materials, wood, roads, buildings, transportation and other services.

Most of the carbon footprint emissions for the average U.S. household come from “indirect” sources, for example, fuel burned to produce goods far away from the final consumer. These are distinguished from emissions which come from burning fuel directly in one’s car or stove, commonly referred to as “direct” sources of the consumer’s carbon footprint. Each individual is responsible for their own Carbon Footprint.
Greenhouse gas

A greenhouse gas (sometimes abbreviated GHG) is gas that absorbs and emits radiant energy within the thermal infrared range. Greenhouse gases cause the greenhouse effect on planets. The primary greenhouse gases in Earth’s atmosphere are water vapor (H2O), carbon dioxide (CO2), methane (CH4), nitrous oxide (N2O), and ozone (O3). Without greenhouse gases, the average temperature of Earth’s surface would be about −18 °C (0 °F),rather than the present average of 15 °C (59 °F).

Human activities since the beginning of the Industrial Revolution (around 1750) have produced a 45% increase in the atmospheric concentration of carbon dioxide, from 280 ppm in 1750 to 415 ppm in 2019. The last time the atmospheric concentration of carbon dioxide was this high was over 3 million years ago. This increase has occurred despite the uptake of more than half of the emissions by various natural “sinks” involved in the carbon cycle. The vast majority of anthropogenic carbon dioxide emissions come from combustion of fossil fuels, principally coal, oil, and natural gas, with additional contributions coming from deforestation, changes in land use, soil erosion and agriculture (including livestock). The leading source of anthropogenic methane emissions is animal agriculture, followed by fugitive emissions from gas, oil, coal and other industry, solid waste, wastewater and rice production.

Renewable energy resources exist over wide geographical areas, in contrast to fossil fuels, which are concentrated in a limited number of countries. Rapid deployment of renewable energy and energy efficiency technologies is resulting in significant energy security, climate change mitigation, and economic benefits. In international public opinion surveys there is strong support for promoting renewable sources such as solar power and wind power.

Renewable resource
A renewable resource is a natural resource which will replenish to replace the portion depleted by usage and consumption, either through natural reproduction or other recurring processes in a finite amount of time in a human time scale. Renewable resources are a part of Earth’s natural environment and the largest components of its ecosphere. A positive life cycle assessment is a key indicator of a resource’s sustainability.

Carbon credit
A carbon credit is a generic term for any tradable certificate or permit representing the right to emit one tonne of carbon dioxide or the equivalent amount of a different greenhouse gas (tCO2e).

Carbon credits and carbon markets are a component of national and international attempts to mitigate the growth in concentrations of greenhouse gases (GHGs). One carbon credit is equal to one tonne of carbon dioxide, or in some markets, carbon dioxide equivalent gases. Carbon trading is an application of an emissions.

The goal is to allow market mechanisms to drive industrial and commercial processes in the direction of low emissions or less carbon intensive approaches than those used when there is no cost to emitting carbon dioxide and other GHGs into the atmosphere. Since GHG mitigation projects generate credits, this approach can be used to finance carbon reduction schemes between trading partners and around the world.
There are also many companies that sell carbon credits to commercial and individual customers who are interested in lowering their carbon footprint on a voluntary basis.

These carbon offsetters purchase the credits from an investment fund or a carbon development company that has aggregated the credits from individual projects. Buyers and sellers can also use an exchange platform to trade, which is like a stock exchange for carbon credits. The quality of the credits is based in part on the validation process and sophistication of the fund or development company that acted as the sponsor to the carbon project. This is reflected in their price; voluntary units typically have less value than the units sold through the rigorously validated Clean Development Mechanism. The European Union’s carbon credits traded from $7.78 to $25.19 averaging $16.21 per tonne in 2018.

Using Wikipedia, we have sourced some basic information to try to map out a road to recovery for our planet. While this is by no means a comprehensive plan it does show us that there is enough information available for us as a society to not only chart a new course but to take a kinder, gentler and compassionate course towards our Earth.
If we heal the planet, we can help heal humanity. Start where you are, use what you have and put people first. We will get through this, the only question is will we be better or worse?