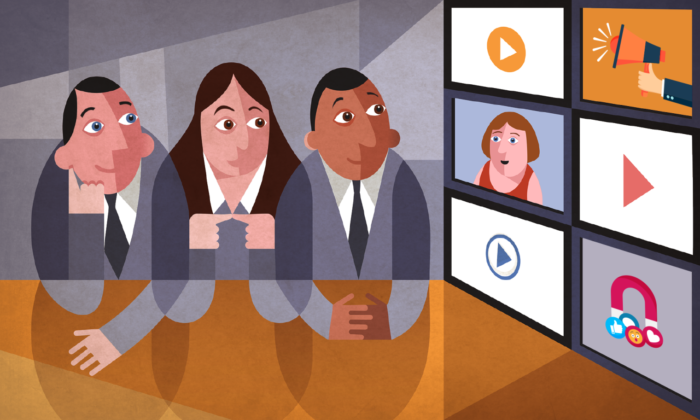 Fifth Instalment of Video Blog Series: Future is Video when it comes to creating content, you only have to choose the type of video that best conveys your message

There are many different types of videos that you can create. Here are a few types for you to consider:

Animated video
Often used for explainer videos and brand stories, animation can be an incredibly engaging video style. Sometimes as entertaining as your childhood favorite Saturday morning cartoons, and other times as practical as an illustration of a concept, there are a bunch of different video animation styles, including:
• 2D animation videos
• 3D animation videos
• Motion graphic videos
• Animated typography videos
• Stop-motion animation videos (including cutout animation and claymation)

Live-action video
Live-action constitutes any video comprised of real-world footage, typically including real live people. It’s one of the most common video styles, likely due in part to its sheer accessibility. Live-action videos can range in production quality from smartphone clips up to professionally-produced films. A lot of different types of video can be made using the live-action style.

Text overlay video
Social media users often view a video without sound; as much as 85% of Facebook video is watched on silent. This has led to the rise of a style of video that pairs overlaid text with B-roll and/or still images (usually with a pan or zoom effect applied). These text overlay videos are typically accompanied by a music track, which doesn’t fundamentally change the nature of the story but does enhance it for those who turn the sound on. Well-suited for how-to videos or telling simple stories, text overlay videos were popularized by publishers like BuzzFeed.

Live video
As the name suggests, live streaming video is broadcast as it happens so that viewers can watch in real-time. Thought it’s available on a number of social media platforms, Facebook has been a big driver of the format. Considered a distinct content type by the network, live video gets 6x more interaction than regular Facebook video. Plus, notifications prompt users to watch live streams from pages they follow while they’re happening. Live video is also available on Instagram, YouTube, and a number of live-focused and niche platforms (such as Twitch, which is popular with gamers).
A variety of video types can be broadcast this way, from live interviews to real-time announcements to as-it-happens tutorials.

360-degree video
An immersive video format, 360-degree video records a view in every direction at the same time using an omni-directional camera or collection of cameras. They can even be viewed through a headset that shows a viewer different parts of the scene depending on which direction they turn their head or on a standard screen, where the audience clicks or taps to change the view. This format is a good choice for brands looking to put an interactive spin on their content. It works best when there is an immersive scene that includes points of interest in all directions.
Brands have used it effectively to provide a unique perspective on an activity, showcase a space or place, and to give viewers the experience of “being there.”

VR video
Virtual reality (VR) videos, though often confused with 360, allow the viewer not only to choose what part of the scene they view but to interact with it as well. Viewed through the same headset as 360 videos, VR requires additional accessories—such as joysticks, gloves, and even suits—to make interaction possible.