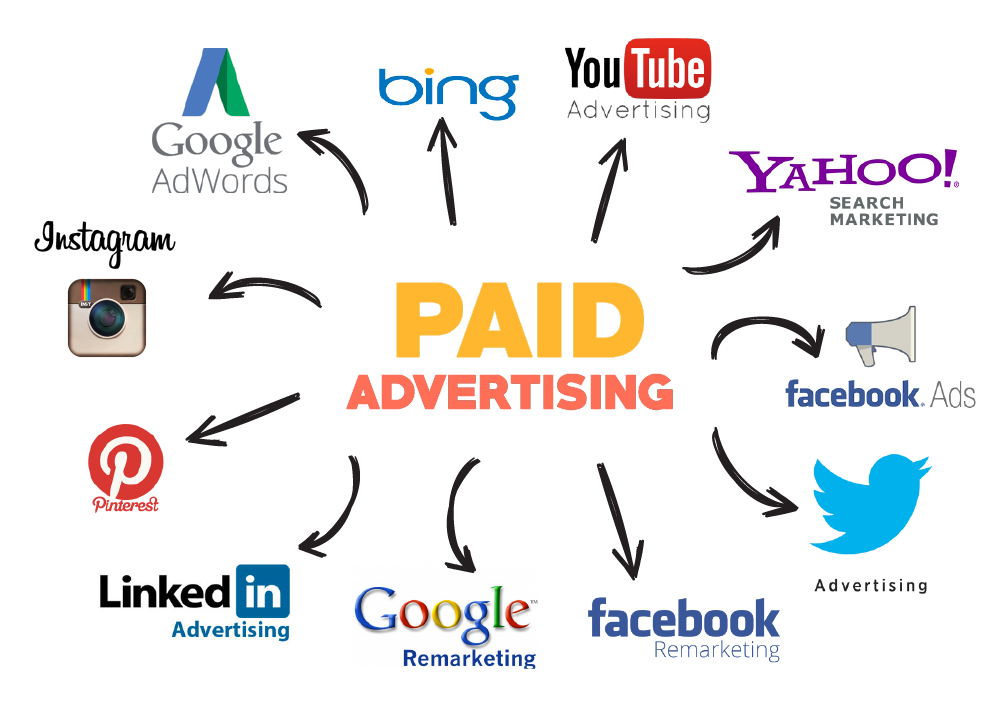 We are continuing our blog series on the history of online marketing and we are sharing some excellent information written by Karla Cook for hubspot.com. Paid advertising is only going to get bigger and bigger and any company or institution who is not taking advantage of this targeted marketing tool are sure to get left behind. In order to understand the future of online paid marketing, it is important for us to see how it developed and its origins. The next two blogs will focus on the past 14 or so years to the present and then we will look at the future of online paid targeted online marketing and video production.

Hot Wired devised a plan to set aside portions of its website to sell space to advertisers, similar to how ad space is sold in a print magazine. They called the ad spaces “banner ads” and charged advertisers an upfront cost to occupy the real estate for a set time period — very different from today’s pay-per-click model.

WebConnect, an ad agency that specialized in online ads, began helping their clients identify websites their ideal consumers visited. Now, companies could place ads where their target demographics were more likely to see them.  This was nothing short of revolutionary in the digital advertising space. Not only were companies reaching more relevant audiences, but websites hosting the ads were also able to display banners that were more applicable to their visitors.

WebConnect also introduced the CustomView tool, which capped the number of times a particular user was shown a single banner ad. If a user had already seen an ad a certain number of times, they would be shown another ad instead. Users tend to stop noticing a banner ad after they’ve seen it before, so capping the number of times a user sees an ad helped early online advertisers prevent “banner fatigue”. Ad frequency capping is still a common display ad tactic advertisers use today.

In 1996, banner ads plastered the internet, but advertisers still didn’t have a good process to determine if these ads were actually driving tangible results for their businesses. Marketers needed a way to more efficiently manage their display ad campaigns across multiple websites and report on how users were interacting with their ads.

Doubleclick emerged on the scene as one of the first ROI tools for banner ad campaigns. They offered advertisers a new service called D.A.R.T (Dynamic Advertising Reporting & Targeting), which enabled companies to track how many times an ad was viewed and clicked across multiple websites.

Craig Kanarick, one of the digital consultants hired to work on the campaign, remembers the team’s goal was to make an ad that didn’t feel like an ad, and actually offered valuable content to users. “Let’s not sell somebody something,” he recalled thinking, “Let’s reward them for clicking on this thing brought to you by AT&T.”

The banner ad concept blew up as a way for websites to keep their content ungated and free for users, and it wasn’t long before other companies — such as Time Inc. and CMP’s Tech web — were seeking out advertisers to lease banner space as a sustainable way to scale their sites.